Composer Mark McKenzie’s film score to MAX AND ME has been honored with the Sammy Award as BEST ANIMATED SCORE OF THE YEAR. View  The Sammy Awards are the longest running awards for film music recordings and is named after the famed 4 time Oscar winning lyricist Sammy Cahn. It is awarded by FILM MUSIC REVIEW which also has the most detailed and carefully researched review of MAX AND ME written by Steve Vertlieb. View

Polish priest Maximillian Kolbe, tortured at Auschwitz asked those around him to not be overcome with hatred but to love for “Only love is creative.” His compassion lead him to sacrificially die in Auschwitz’s starvation bunker to help a man with children survive. The film makers, musicians and I wish for this message of hope, love, and beauty will be enjoyed by many and spread widely. A portion of each sale goes to the Shoa Foundation, Word Vision and Catholic Relief Services. The Sony Masterworks soundtrack is available everywhere digital music is sold. Max and Me is dedicated to the memory of choral master and mentor Robert Salvatore Ruberto 1932-2016. 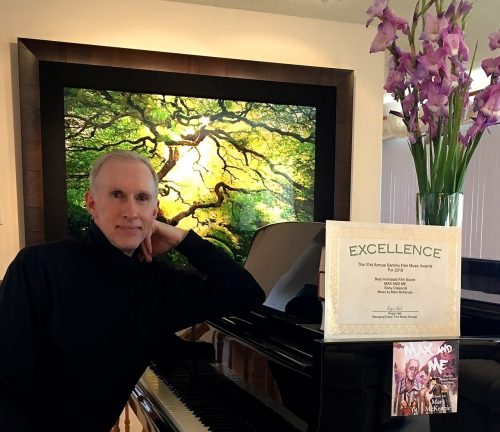